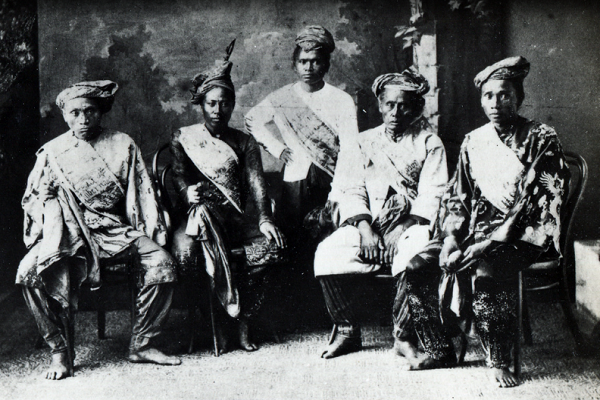 15 Feb The Moro to the Spanish Colonizers

It is claimed that in the sixteenth century, European colonial powers such as Portugal and Spain wanted to conquer Southeast Asia in order to, first, control the spice trade which was then driving the world economy; and second, in the words of the Portuguese Viceroy, to “[cast] the Moors out of this country [Malacca], and [quench] the fire of this sect of (Muhammad) so that it may never burst out again hereafter.” Armed encounters with the Muslims and military expeditions to Mindanao and Borneo occurred almost as soon as the Spaniards settled in the Islands; historian Cesar Adib Majul charted six stages of the so-called Moro Wars that took place from the mid-1500s to the late 1800s.

Among the Spanish missions was the 1578 military expedition in Mindanao, which aimed to: 1) have the Moro acknowledge Spanish dominion; 2) establish trade with the Moro, and explore and exploit the natural resources of the land; 3) end Moro piracy and raids against Spanish ships and Christianized settlements; and 4) convert the Moro like the other Philippine groups. The head of the expedition was instructed to quash the “[preaching] of the doctrine of Mahoma, since it is evil and false, and that of the Christians alone is good.” These guiding principles are said to have held fast and defined Spain’s relation to the Moro for the next three centuries.

According to the scholar Peter Gowing, “the Spaniards carried to the Philippines a fanatical hatred of Moros” which was rooted in the Crusades. In 1893, the army officer Luis de la Torre wrote the Governor General: “The Moro race is completely antithetic to the Spanish … and will ever be our eternal enemy. … They should know that we are stronger, that our friendship suits their interests because we are backed by force—which is the only argument they can understand … [and] that the instant they antagonize us, they will be promptly and severely punished.”

A comprehensive representation of the Spanish colonial view of Muslim Filipinos lies in the vitriolic article written in 1901 by the Rev. Pio Pi which appeared in Gen. George W. Davis’ 1903 annual report on the Philippines. Here, Fr. Pi, the superior of the Jesuit Order in the country, declared: “We have no scruple in affirming … that the principal obstacle in the way of the reduction and civilization of Mindanao and Jolo is the Moro.”

Fr. Pi described the Moro as arrogant, ungrateful, and treacherous despite being “poor, miserable, and needy.” Ruled by notoriously cruel datu, they were seen as savages or ladrones who plundered land and sea. Fr. Pi believed that, owing to their poor comprehension of the Quran, the ignorance of the Philippine Moro extended to their own religion. “[The Moro] have … a blind and ever-living hatred of all things Christian, whether Catholic, schismatical, or Protestant; and this one thing they know for certain: that Mohammed commanded a holy war without tract or termination upon Christians who, according to their idea, are infidels (or capir); and they believe that it is a meritorious thing to rob, and that to gain heaven it is sufficient to kill the Christians.”

Although he claimed that “the Moros have been the only but constant and tenacious enemies of the civilization brought here by Spain,” the Jesuit priest argued against exterminating the Muslim people, as he saw this to be unjust, difficult, and expensive. However, he urged the American colonial government to do all that it could to subjugate the Moro, free other “infidels” from Moro slavery, and ensure the Catholic evangelization of “Moroland.”

Philippine history in the tradition of Majul (and Gowing) proposes that Spanish colonial oppression nurtured among the Muslims an Islamic consciousness that sustained their wars and raids throughout the centuries, as well as their separatist movement later on. The scholar Hannbal Bara avers: “Just like other Muslim nations in Southeast Asia, [the] national identity of the Philippine Muslims was shaped by Islam and further developed in the course of their heroic struggle against western colonialism. … They were called Moros …. Since then, the Muslims in this country have been identified in Southeast Asia and across the Muslim world as the Bangsamoro people.”

The scholar Thomas McKenna, however, contests the notion that this sense of “Morohood” did drive a long and broad-based armed resistance, or that this “self-conscious oppositional identity as Philippine Muslims is ancient, deep, and broadly shared.” According to McKenna, the three-century Spanish-Moro conflict “was primarily a cold war consisting of extended periods of mostly peaceful coexistence with the Spanish colonial intruders in the North coinciding with intersultanate rivalry in the South.” As shown by, among others, the 1719 peace agreement between Spain and Maguindanao, sultans did ask the Spaniards for help in their wars with other sultanates. Nor was Mindanao truly isolated from the nation: for most of the period of Spanish colonization, Cotabato enjoyed trading beeswax and Chinese goods with imperial Manila.

The fact that Spain never got to conquer Mindanao, except for a few small port cities, is not due only to Moro resistance; other historical and political factors must also be taken into account. However, because Spain did manage to acculturate most of the rest of the Philippines, it can be said that Spanish views of the Moro in history contribute a lot not only to the contemporary Muslim Filipinos’ identity formation as individuals and as a community, but to the shaping of national memory as well. In the words of the historian, Samuel K. Tan, “we only read and see blood, tears, and deaths recorded in the memories of the Muslim and Christian communities. This is the bitter part of Filipino heritage.”

Bara, Hannbal. “The History of the Muslim in the Philippines.” National Commission for Culture and the Arts. http://www.ncca.gov.ph/about-culture-and-arts/articles-on-c-n-a/article.php?i=232&igm=4