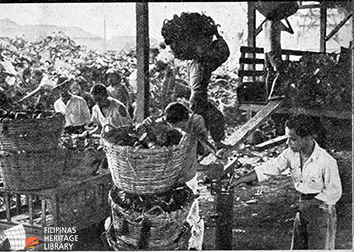 The lack of raw materials and the closure of factories led to massive unemployment during the war. The City Cooperative Center, an agency under the office of the Manila mayor, initiated livelihoods such as manufacturing and selling balanggot sacks and sh baskets, as well as collecting and trading scrap iron and old tin cans. (1943)

Learn More
Back to Educational Resources