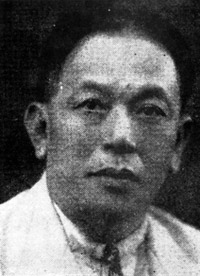 Francisco Buencamino belonged to a family of musicians. He was born on November 5, 1883 in San Miguel de Mayumo, Bulacan. His father Fortunato, a church organist and band master, taught him music at a very early age. His mother Luisa, meanwhile, was a singer. At age 12, he could already play the organ.

His early exposure to music was complemented by education in composition and harmony at the Liceo de Manila, where Marcelo Adonay, an eminent composer and conductor in the late 19th century, served as his mentor. After graduating from the Liceo, Buencamino composed a number of Tagalog operettas or sarswelas, including Marcela (1904), Si Tio Selo (1904), Yayang (1905), and Pangakong Hindi Natupad (1905).

Buencamino taught at the Ateneo de Manila in the early 1900s. He also taught at the Centro Escolar de Señoritas and headed its Music Department for 30 years. He founded the Buencamino Music Academy in 1930, and had Nicanor Abelardo as one of his students. He also became a musical director for sarswela productions, and composer of music for films produced by Sampaguita Pictures, LVN, and Excelsior.

His kundimans, including “En el bello Oriente” and “Ang Una Kong Pag-Ibig,” were very popular. His compositions based on folk music also appeared in the Philippine Music Primer.