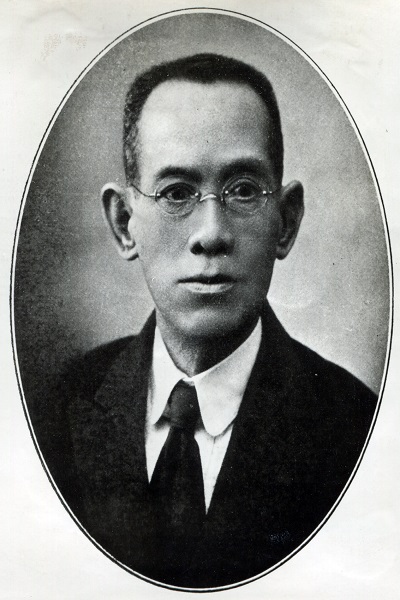 Julian Felipe, composer of the Philippine National Anthem, was born in Cavite on January 28, 1861, to parents Justo Felipe and Victoria Reyes. His musical talent began to be honed when he was 10 years old, under the instruction of Leandro Cosca. After Cosca’s death, Pedro Catalan, a Recollect priest, taught him to play the piano.

Catalan later employed him as an organist at the San Pedro Parish Church in Cavite. Felipe also taught music at a girls’ school, La Sagrada Familia.

A prolific composer, Felipe produced such pieces as Aurorita, Danza (Early Dawn Danza), Cintas y Flores (Ribbons and Flowers), and Motete al Santisimo (Motet to the Most Holy). Owing to these works, he became a member of the prestigious Santa Cecilia Musical Society.

A patriot, Felipe joined the Philippine Revolution in 1896. His participation in the uprising resulted in imprisonment at Fort Santiago together with the “13 Martyrs of Cavite.” The “13 Martyrs” were sentenced to death, but Felipe was found innocent and was eventually released on June 2, 1897.

When Emilio Aguinaldo came to power, he commissioned Felipe to compose “something stirring and majestic which can inspire our men to fight the enemy—something which embodies the noble ideals of our race.” Thus, the composition Marcha Nacional Filipina, also known as Himno Nacional Filipino was born (see The Philippine National Anthem).

Felipe was elected councilor of Cavite after the Philippine–American War. He was also appointed director of the Banda Nacional of the first Philippine Republic in 1899, and served as bandmaster of the US Navy in May 1904. His other works include Philippines, My Philippines, and Un Recuerdo, which is dedicated to the “13 Martyrs of Cavite.” He died in Sampaloc, Manila, on October 2, 1944.