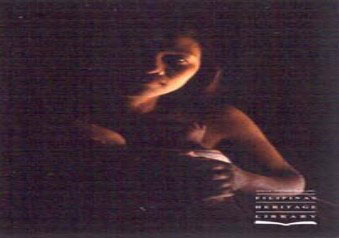 15 May Lullabies: Songs from the Home

Lullabies are perhaps one’s first encounter with music. These are first heard and learned at home and are sung by the mother. Like other folk songs, they are handed down orally from one generation to the next, and hearing them again somehow brings about a sense of nostalgia.

Lullabies are sung to lull or put a baby or child to sleep. Like other lullabies, “Philippine lullabies tend to be soporific in tune and sometimes repetitious in text.” (Eugenio 1996) The slow and steady swaying of the cradle mimics the rhythm of the song. The text or lyrics of the song also express meaningful messages that often describe family life or impart messages such as a mother’s high hopes for her child when he or she grows up.

In the various regions of the Philippines, lullabies are sung or performed in various text or lyrics. The word lullaby is known in various terms such as uyayi or oyayi, hulu na, hele na, halo na, and hili na, which means “Close your eyes now” (Bañas 1975). It is also known as tumaila in Kapampangan and langan bata’ bata’ in Tausug.

As lullabies are sung and passed on from generation to generation, the child is not only lulled to sleep, but is also acquainted with one’s culture as well as stories, lessons, and values from the family.