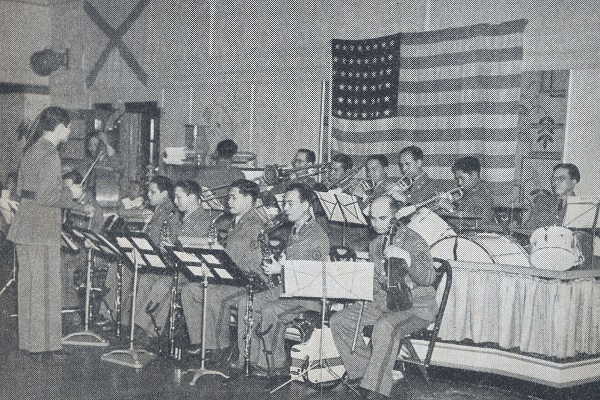 For Filipinos, the month of May is the time for fiesta. During this summer month, most fiestas are celebrated in various provinces of the Philippines to honor different patron saints. It is also during this season when a lot of street bands see action. A town fiesta is never complete without band music, a significant ingredient for a lively and vibrant celebration.

A street band in the Philippine often consists of a group of brass and woodwind instrumentalists marching and playing on the streets. The band, either marching or symphonic, rose to popularity in the 20th century, although the Spanish historian Pigafetta wrote an account indicating the popularity of band music in the Philippines as early as 1521. He described a fiesta in Cebu with young women playing typical instruments—a drum fixed on the ground, known as timpanos, which was sounded with pieces of palms; platillos or cymbals; and a subbing, a bamboo instrument used to accompany singing.

During the Spanish period, music was one of the means used for conversion by the friars. Filipinos took this opportunity to hone their musical talents and to avoid recruitment into labor camps. They sought training from the musico mayores—the men who trained and conducted the Spanish army bands. It was then a great honor for a local to be affiliated with an army band, most especially to be a conductor, because Filipinos were not allowed to organize their own bands.

It was Eliodoro Chico y Bustamante, a Tagalog priest, who organized the first local band in Gapan, Nueva Ecija on November 22, 1820. He appointed his relative, Lorenzo Zabat y Chico, to supervise the band. It was called Banda Zabat and became famous in Nueva Ecija and the surrounding provinces. The first Filipino to be recognized as band director is Leonardo Silos (1826-1910). At about age 20, he was appointed director of the band of the Spanish Army’s Regiment No. 5. His third son, Rosalio, directed Banda Pasig, a contemporary of Banda Zabat.

Marching bands, called bandas, were very popular during the American regime. The prewar Philippine Constabulary Band was a symphonic band founded by Walter H. Loving on October 15, 1902. It brought international fame to the country through its participation in international expositions, such as the St. Louis Exposition in 1904, the Panama Canal Exposition in 1915, and the Golden Gate International Exposition in 1937. It also played during the 1909 inauguration of US President William Howard Taft. After Loving’s death, the band was reorganized in 1946 and placed in the service of the Philippine Army. It was led by Col. Antonino Buenaventura, National Artist for Music named in 1988.

The American period also saw the rise of school and university-based bands, as well as town or civilian bands. The growth of bands was so phenomenal that every town had two or more bands participating and even competing in numerous town activities.

To listen to samples of Philippine band music, visit the Filipinas Heritage Library, which has in its Himig Collection the musical recordings of the following bands: The Philippine Constabulary Band, Philippine Brass Band, Mabuhay Brass Band, Pandacan Original Brass Band, and Malabon Band No. 4, among others.