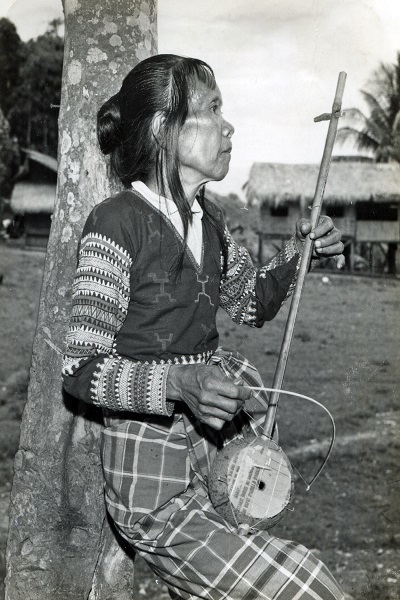 Filipinos already had a rich and unique musical tradition long before westerners set foot on our native land. Music was present in every stage of our ancestors’ lives — from birth to death, in blissful or tragic times.

Ethnic music continues to thrive in the Philippines, particularly among indigenous people who comprise 10 percent of the country’s population and represented by more than 100 language groups from the mountains of northern Luzon as well as from Mindanao, Sulu, Palawan, and Mindoro in southern and western Philippines.

Such instruments as flat gongs, bamboo buzzers, clappers, quill-shaped percussion tubes, and brass Jew’s harps are often seen in the north. Meanwhile, bossed gongs, ring flutes, log drums, xylophones, single-stringed violins, and suspended beams are commonly used in the south. These musical instruments are used in various rituals, festivities, and other activities. For instance, the paldong or kaldong, the lip-valley flute of the Kalinga, is a favorite instrument for serenading.

Vocal forms, performed either responsorially (viz., leader-chorus) or solo, are also used for different purposes. They follow the sequence of natural events and human activities, from the personal to social, from the economic to the political, from the spiritual to the cosmic. The Ibaloy ba-diw, an example of responsorial singing, is used in ceremonies for the dead called du-udyeng or ta-tamiya. In weddings, epic songs, which may be sung for one or more nights, may also be chanted to entertain guests or villagers themselves. Meanwhile songs, performed by a soloist may be accompanied by instruments and/or dancing.

Among indigenous Filipinos, one important function of music is to celebrate or commemorate important events in the human life cycle. Examples are the Kalinga dopdopit, which is sung the first time a child is bathed outside the family’s house; and the dinnayan, dawak, and paliwat, also of the Kalinga, which are sung during a ritual celebrating the rite of passage from boyhood to manhood.

The variety of musical forms, styles, repertoires, and traditions that exist mirror the rich diversity in Filipino culture.

Fortunately, until today, these rich indigenous musical traditions live on. They serve as a reminder of the Filipinos’ long history of musical talent and ingenuity.