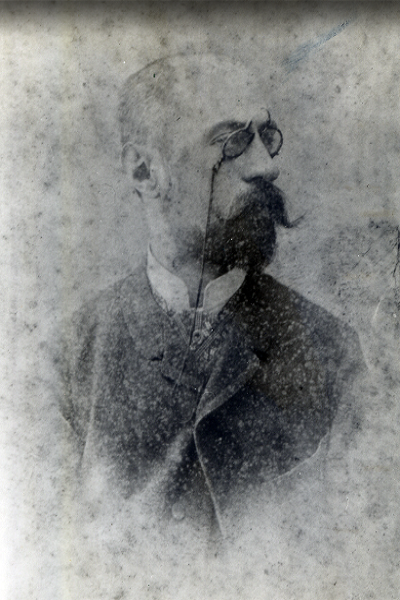 Jose Rizal and his good friend and correspondent, the Austrian scholar Ferdinand Blumentritt, shared a passion for the study of languages. They exchanged reference books as well as connections with other scholars who could help the other with his work in research and translation. In their letters, they discuss the meanings and uses of words like “headhunter,” “katalonan” (priestess), “bathala,” “filibustero,” and many others.

Blumentritt wrote a book on Tagalog vocabulary, while Rizal translated Friedrich von Schiller’s plays, as well as scholarly works (including some of Blumentritt’s), into Tagalog. Blumentritt was also believed to have translated Rizal’s Noli Me Tángere into German, although a copy of the work is yet to be found.

In his letters to Blumentritt, Rizal also wrote about the advantages of knowing other languages. He talked about his travels, where he spoke French, German, Italian, and English with his fellow boat passengers. “I speak with everybody and at times I serve them as interpreter,” wrote Rizal. Knowing at least 22 languages, Rizal was a cosmopolitan of his time, and Blumentritt wrote that Rizal “can become for your people one of those great men who will exert a definite influence on their spiritual development.”

Rizal’s influence can be seen in the use of the Tagalog language, which he studied extensively and for which he proposed a new orthography to “help simplify and systematize its writing.” The practice of retaining the letter y, for example, in contractions like ako ay, instead of substituting i for y (as in ako’i), was one of Rizal’s innovations. Another was the adaptation of the letter k for c and q (katay/kinatay instead of catai/quinatai).